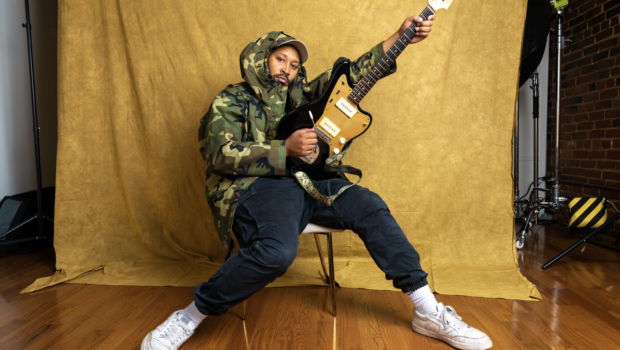 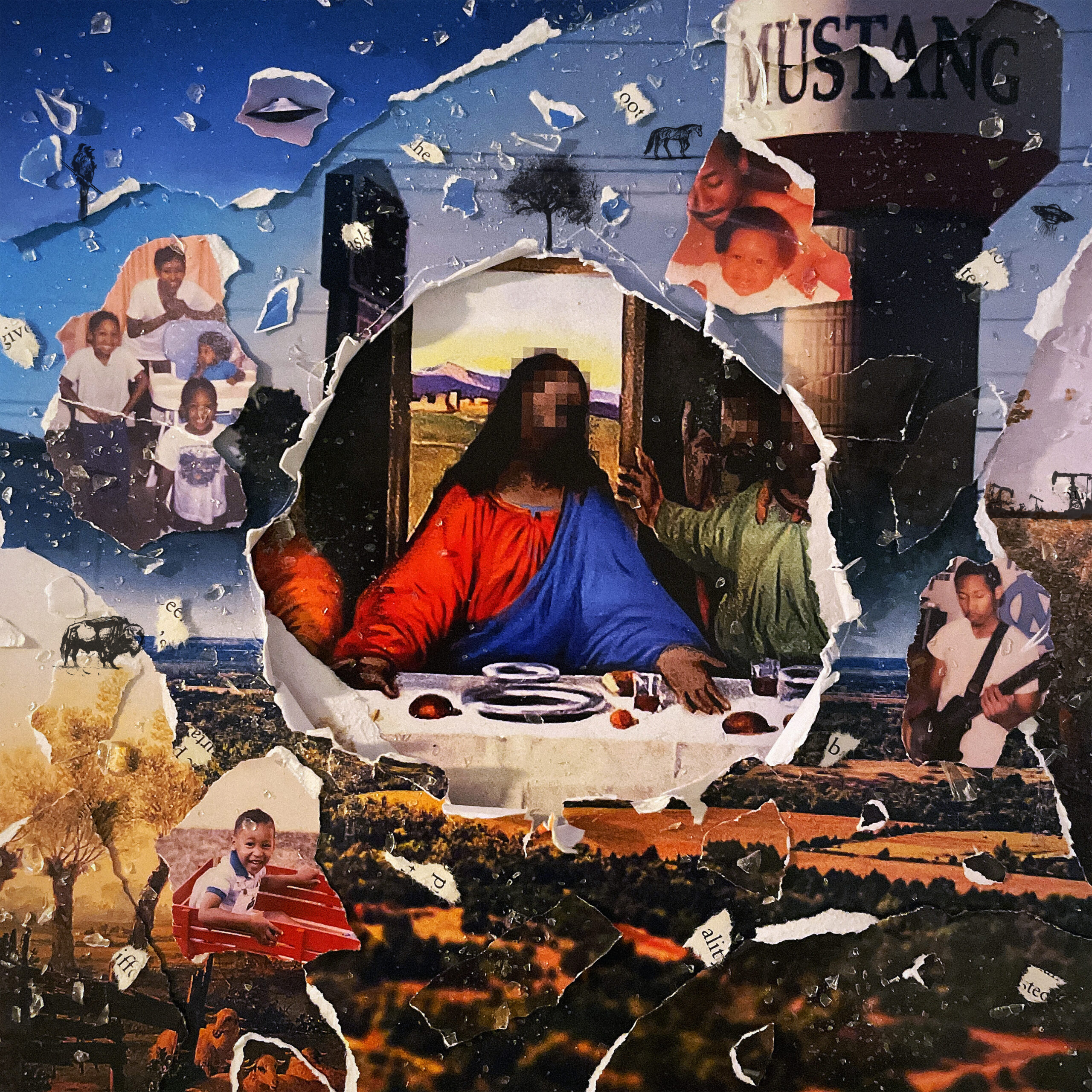 “This song is about the people who’ve always stood by me, even when I was wretched. When I was trying to be something other than myself – they saw me even through that and held me down. Folks from past lives, and folks who’ll play a big part in my future – I’m grateful for them and the love they’ve poured into me. This song is for and about them“, sagt der US-amerikanische Newcomer Bartees Strange über seine neue Single Wretched, die den wandelbaren Musiker noch mal spannender macht, treibt er den Song doch in klangliche Sphären, die man von ihm in der Form noch nicht vernommen hat: energetisch, überbrodelnd, elektronisch, fast schon eine Wall of Sound.

This album is in a lot of ways very celebratory – it seems like you’re really happy with where you’re at right now. I wonder what the experience of blowing up during COVID was like because you’re essentially touring two albums at once now.
It was funny, for like the last year I’ve been on tour and it’s been really cool because I didn’t think I was going to get to tour the album at all. And in the last year, I got to play with Lucy Dacus and Courtney Barnett and Phoebe Bridgers and Car Seat Headrest, and it’s been really cool to play with people I’ve looked up to and always wanted to be around. But yeah, having the record do well during COVID was really hard. Well, it wasn’t for me. It was really great. But it was weird because like everything was going so bad for everyone else that I knew and it kind of felt weird, you know, being excited. But I also was really grateful and I still am.

I don’t want to ask about genre too much because I know it’s probably like beating a dead horse with you, but I wanted to ask how much of you being so shapeshifting is that you have fun making music in different forms and how much of it is political. Do you even think about that?
Is the music political or is it just me? I would find I think it’s very much both, because I am truly just making stuff that I like. You know, I think I’m like “this sounds cool I’m into it”, you know? But I also, do believe that when black people and people of colour are creating things, that it can be like a political act, like a revolutionary act, you know, making good things, then having fun and being free and building new worlds is a political act, whether you like it or not. I feel really aware of that when I’m making music just because there’s not a ton of other people like me in my space, you know, like in the indie rock alternative music space. I want to see more people like me making music and I hope that what I’m doing can open some doors for other people like me. But at the end of the day, it’s just me in my basement with my friends jamming and making music, you know, I try not to take it too seriously. 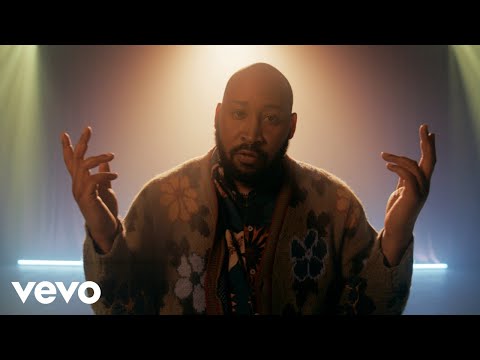 Do you think that the narrative around Bartees Strange being genre breaking has affected your identity as a musician and how you were thinking when you made Farm To Table?
You know, it’s funny, before Live Forever came out, I really loved the headspace I was in and what I was writing about. And I also liked that I didn’t know what anyone thought about it and I was just making stuff. And right before the record came out, I took my band to Maine and we just started producing Farm To Table because I was kind of afraid that if everyone hated Live Forever, it’d be hard for me to write. And then if people loved it, it would change me, and I’d be writing from a different perspective. So, half of this album was written and produced by October 1st and Live Forever came out on October 2nd, because I was I was kind of scared of that of change. Mulholland Dr., Heavy Guard, the instrumental for Cosines, the instrumental for Wretched, all that was made before. 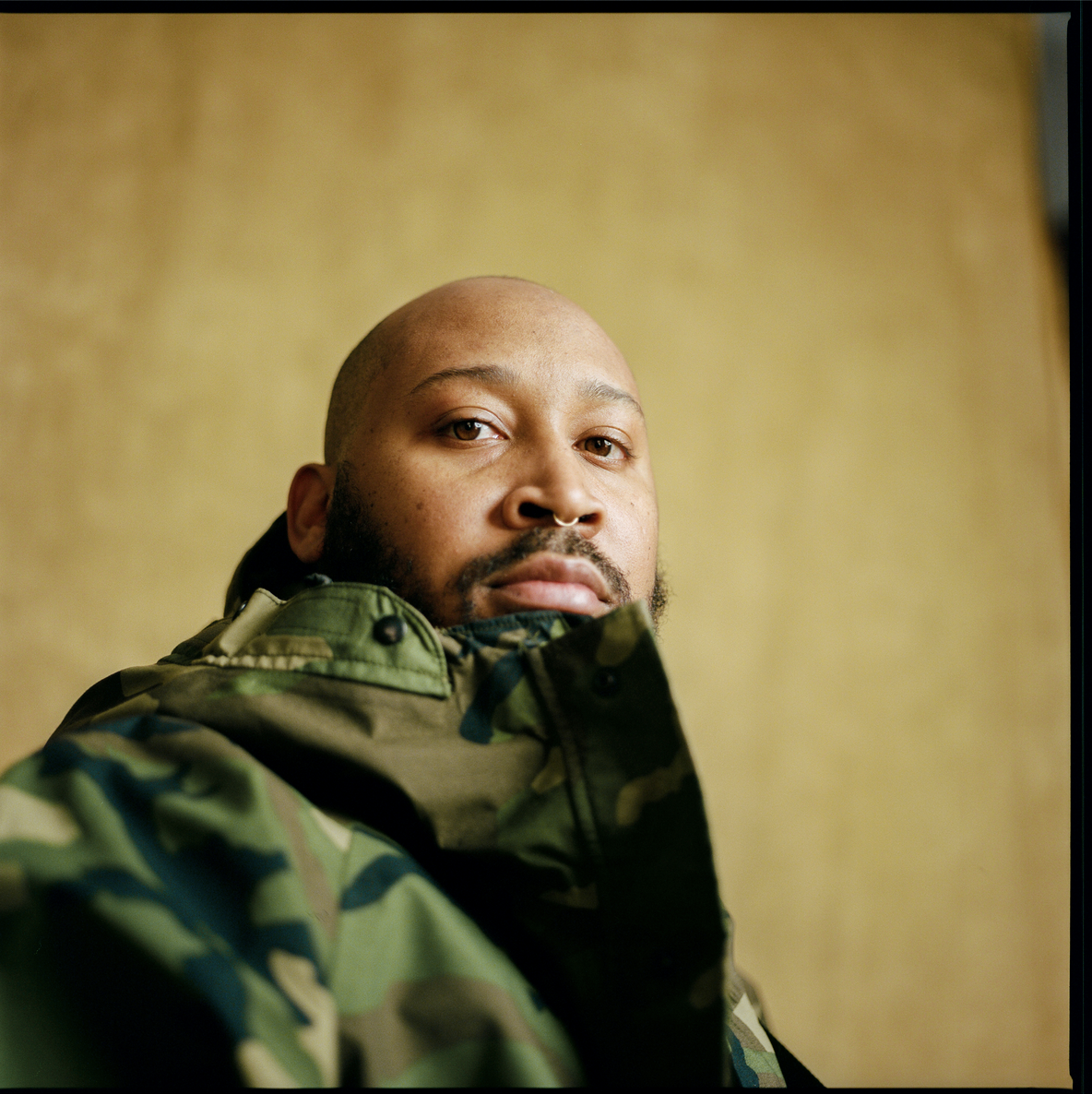 The Live at Studio 4 record is so sick, it’s one of my most listened things from last year – all the songs pop so hard live and I’m wondering whether there will be a live session for this one?
What I do have is all those sessions I was just talking about, when we were working on Farm To Table, I recorded everything from those sessions and it’s a beautiful because we were all in this big cabin in Maine, deep in the woods, on a mountain overlooking the forest. I make everything up about my whole studio up there and we tracked everything, and they sound incredible until the point that I was almost like this should just be the record. I would love to do a live thing, but I also want to figure out something to do with that old stuff because there’s some good stuff in there. I’m glad you liked Live at Studio 4. I’m so glad you like the live version of the record. That’s awesome. And I’m so glad you found that. 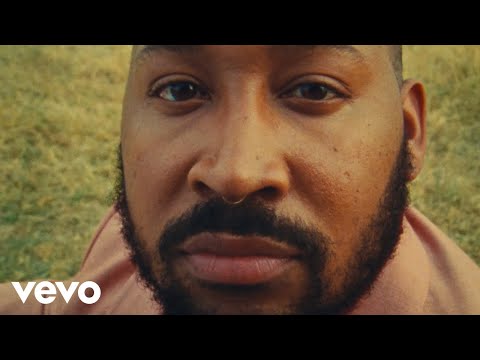 I read that Live Forever was about all the different places that have meant something to you in your life, and that Farm to Table is about some of the most important people in your life. What is the difference between writing songs about people and writing songs about places?
Over the last couple of years as things have changed and as I’ve been forced to be inside my home for almost a couple of years, I’ve just had a lot of time to reflect over not only how my life has changed, but who I want to keep in my life as it changes? And so, as I was writing this record, at first it was about fleeting relationships. In the beginning, this was a four or five song EP. As I was writing it, it just grew. Thinking of my parents and my brother and sister and people I’ve dated and best friends. And how all that support kind of adds up and kind of keeps you going. So part of this record is definitely about like their influence on me. There’s a song called Tours where the whole song’s basically about turning into my parents, where my dad was in the military, and he used to go on tour. My mom was a singer, and she would go on tour. I remember growing as a child and thinking when I get older, I’m definitely not going to be on tour. I’m going to get a 9 to 5 and just stay at home? I couldn’t imagine being away from my kids. But now I’m 33 and I’m about to be on tour quite a bit and I understand now more about why my parents were on tour and why they did what they did and why I’m doing what I’m doing now. So, it’s just kind of funny, how you turn into these people and they’re so much part of you and also how there’s all these new people coming into my life. But I still want to keep some of the people from my past life too, you know? And that’s kind of what Farm To Table is about – keeping people from my farm while I move towards being at the table.

Hold the Line is an important talking point because it’s about Gianna Floyd having to speak about her father’s murder – was it a specific kind of challenge for you trying to write about those feelings?
That song was so easy to write because I was feeling so fed up, you know? I’m so sick of seeing this. I think that’s a song that has just been inside me and has been written by many, many artists for many, many years? George Floyd being murdered is so horrible, but I felt that the second crime of that whole situation was having this child talk about it on TV and I just felt so much for her, having to carry that and kind of be the voice of an entire race of people as a seven year old girl. Her life will just be forever changed, not only by her father, but by what we, as a society, expected from her. And I was like, this is so sad for a girl who was already going to have some challenges.

We Were Only Close for Like Two Weeks is a sample from a song that will be on the next album called Sober. I think this is an interesting approach, but the song is so sick, and I want more – can you talk a bit more about what exactly made you make that choice?
The whole thing with Farm To Table is I kind of wanted to show people it’s not a fluke. I’m in control of this right now, and there’s more, you know. And I wanted to show that with We Were Only Close for Like Two Weeks. That’s actually what the record was going to be called. Originally that’s what I named it. And as I wrote through the album, it became Farm To Table. But I kind of wanted something like just for me and my friends, kind of like a “ha ha”. Teasing something on the next record, which is one of my favourites from the next batch of songs that I’m writing. And I don’t want to give too much info about it because when it comes out, everyone will understand it. I just thought that was fun. People always sample things that happened in the past, but it’s kind of fun to sample something that hasn’t happened yet. 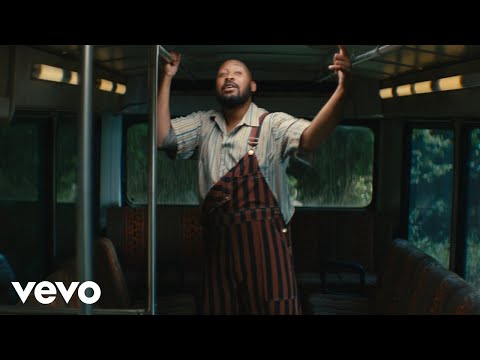 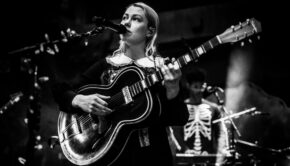 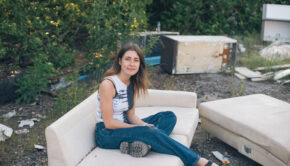 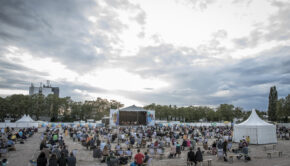 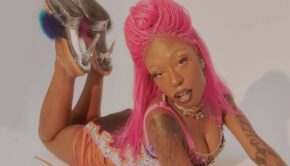