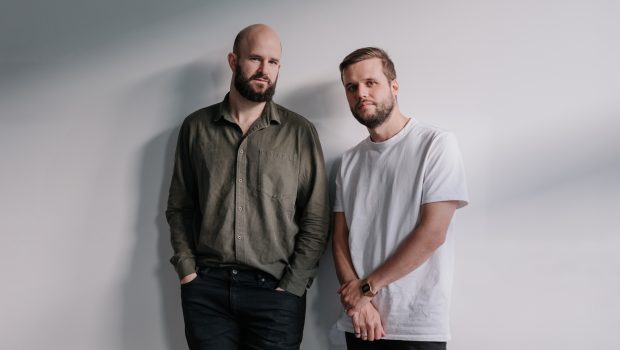 Congrats to your new album!
You say that FIVE is a mile stone record for White Lies, why do you feel that way?
Harry: Yes – in a way it is a milestone. We have been together for ten years as a band now. On top on that we had to take a lot more control this, more than we ever had in the past. It’s a milestone to know that we were able to make that work. We paid for ourselves, organize everything on ourselves. Without any help. So it’s very encouraging and it really boosts for the future.

Why did you make this decision to do it all by your own?
Harry: It was not really a decision that we made. We didn’t have a record label. In the end it was forced by our manager, who booked a tour. He were like »ok, you have got like three months now to make an album otherwise we have to cancel the whole tour.« But we are very lucky that we were able to make it happen. 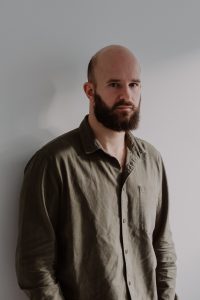 So would you do it that way again with the next album?
Harry: For a band like us the days of having a record label give you advice and talk you through the whole process, are kind of gone. We don’t have that relation to a label anymore. I think we are fine with that. We are comfortable with that. 10 years ago the music industry was a really different place. They had a lot more money, they had a lot more personal to support you in every aspect. We kind of evolve because the music industry has changed.

You are kind of old hands in this industry. What would say is the major difference between now and 2007?
Harry: Looking back on our career but also our lives is so interesting when you approach your 30s. I introspected and thought about who I am. Why I do what I do. We know who we are, and know more about who each other is. It is kind of boring but the longer you do something you better get in doing it.

Charles: Also our ears are a lot better than they were ten years ago. I mean that in term of making our own music. Making our own decisions. But also judging other music. We are a lot more critical with other music. But in a good way, in a positive way. Which means you really appreciate when you find something you think is amazing. So I definitely think that in our case it is just ten years of trading our ears better and better.

Harry: I think that is quite right. And this is a very important part of growing as a musician.

What do you think: Has this also something to do with how we consume music nowadays?
Harry: For sure. Spotify is great for refinding your taste in music and find out what you like. Within a few seconds you can find pretty much any recording of history online. I love that. I think that is great.

Charles: I love it, too. But there are pros and cons to it. I think that can be said for most technology. For me art has so much to do with creating a situation where a human being has to work a little bit. And meet you half way. That is why you not just only can glance at a certain painting. You have to stop and think about it. I do feel slightly with music. When you bought a record you have made quite a commitment. It is quite an afford to go to a record shop and spend money. You start a relationship with that music. That is quite equal, it’s mutual. You both made a bit of afford to get there. With Spotify you only have to type a word in and press play. You are listening to that music for the first time having made pretty much zero commitment. And you continue with zero commitment. If you don’t like it done. Goodbye. It’s gone. 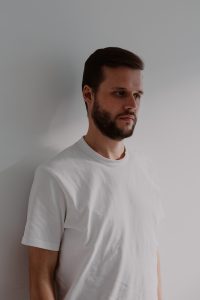 Can you name the major essential of your collaboration in the band over the last 10 years?
Harry: We are good friends. I think we have a respect for each other and each others strengths and intellects. And we enjoy it. It is obviously the most important thing.

Charles: We are almost painfully aware constantly of how silly this all is in way. Making art or creating anything is just playing like kids with paints and paper. We always remember that. Whatever song we play, we remember that this one came from us, sitting in Harry’s room and more and less hit in the keyboard until something sounds acceptable. After all there is much luck involved. We could have been the band representing ourselves as the kind of musicians that really believe in their own shit and really sell themselves. There are some bands out there that are very successful doing that. But we don’t feel that way. We just can’t pretend that what we are doing for our live is not mostly just a bit fun.

Harry: It’s important to remember that absurdity to make music and listen to music. There is no reason for anyone. I think that makes humans so unique. I imagine aliens ever come down to earth, they would not necessarily make music. Or art.

Do you have something like a favorite track among all your new songs?
Harry: There are a few songs. »Time to give« be among them. I think we all share that. That is why we released it first. It is a demonstration of what we archived as a band from then to now. It’s far beyond complexity. It feels like a good step-up. But also one of my favorite tracks is the last one »Fire and Wings«. Because it is very unexpected.

Charles: I like all of them. I think it is a very good album. I really enjoy listening to it. I really like »Finish Line« – I think it’s a great bit of songwriting. 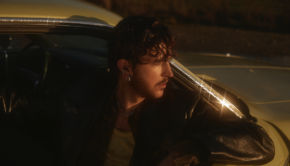 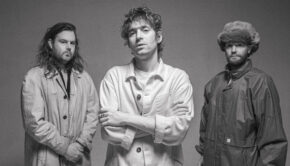