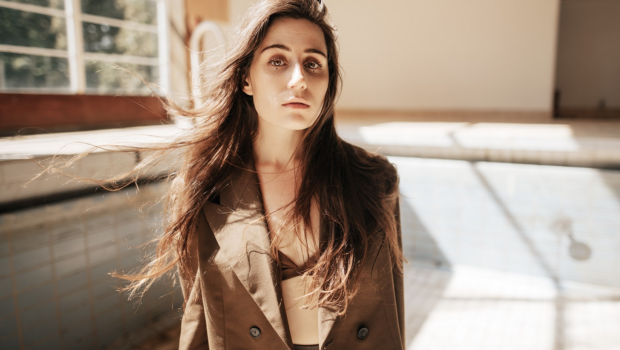 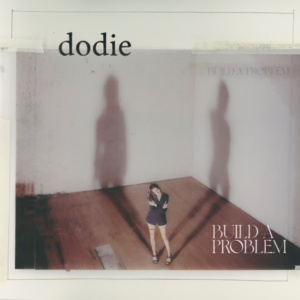 Hello Dodie! First of all, how are you and how did you deal with the situation the pandemic has caused over the past year?
Oh what a huuuge question. (laughs) I feel pretty positive currently, I’m feeling good today, probably because it is sunny outside! And how have I been dealing with the pandemic, well probably just like everyone else, I had a burst of energy at the beginning which has slowly died and now I’m just waiting. I’m spending my life waiting. (laughs)

How did you get into music in the first place?
I did a lot of clubs when I was younger and one of the things I did, was learn clarinet! That definitely helped me with the technique. But also I just loved music from a very young age, I was always very dramatic and felt music very deeply.

You’re releasing your debut album Build a Problem in a few weeks, do you put pressure on yourself, because it’s your first album, or are you maybe even scared, that you can’t live up to the expectations of your fans?
I think I’ve had a lot of time to be scared and now I am just ready. (laughs) I moved through scared, to excited and then it got pushed back and now I am just ready!

Well, that’s a really good thing!
Yes, I think so! In my best moments I feel grateful, for having a bit of extra time, to process the idea.

Did the pandemic affect your songwriting for Build a Problem?
Yes! I mean, it gave me an extra few months, to write some more songs for a side B, for a deluxe album, so I was great full for that. I am however glad, that I didn’t have to write it this year, because I have not a lot of motivation right now. (laughs)

You’re in a really lucky position, that you can still make a living out of your music, even in times like these. But where do you think you would be, if music hadn’t worked out for you?
Oh that’s a good question! I think I probably would have become a drama teacher!

Oh, that’s cool!
I know! (laughs) I just wanted to be that crazy, quirky teacher! I think that was my plan always.

You kind of started your career with doing YouTube and Social Media. How is your view on Social Media right now? How does it affect your life and maybe also your music?
Oh god, that is a big question! That’s a question I would answer very differently on a different day, but currently I feel pretty good about it. I think I’ve worked pretty hard to find out boundaries, that was something really important that I had to figure out. I mean I am sure something will happen and everything will come crashing down and I’ll hate the internet again, but currently I’m grateful for it existing. Especially at this time, to feel more connected.

You’re whole album is very personal, is it always easy for you, to share so much about your personal life or do you have difficulties?
Sharing through music has an ambiguous of creating a boundary, a sort of vagueness, of abstract lyrics and music. That’s been pretty helpful for me. I think also I always expect people to read in my music, which I am sure they will do, but mostly I think music is for other people to reflect and see themselves and feel whatever they need to feel. So I don’t feel too uncomfortable about it.

And has the songwriting a therapeutic effect on you?
Oh yes, definitely! Super therapeutic! I think I use songwriting as a way to document my feelings, that maybe I don’t quite understand yet. It’s always really interesting to look back, with a more rounded view and recognize what I was feeling in certain times. 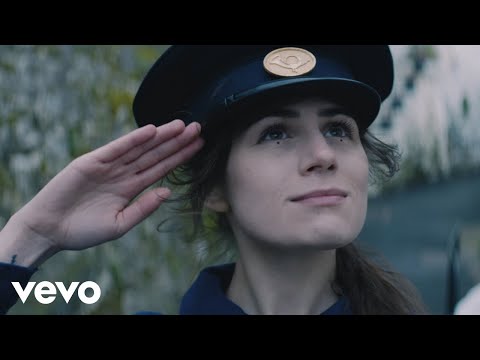 You kinda became one of the bisexual icons of the music scene, how important is it for you, to deal with these topics in your music?
I never really planned to become an ambassador of any kind, I think I just naturally write about my experiences and a lot of people see themselves in it. I’m still figuring out a lot of the things, that I deal with, so I never want to stand on the panel and say that I got it all figured out. But I don’t think that’s what an ambassador is really, I think it’s about being honest when you can and when you feel comfortable.

Even though your album covers a lot of heavy topics there is always, kind of a vein of hope running through it. What does give you hope at the moment?
Oh that’s sweet! Ok, I’ll be very honest! I received a message from someone, who I was waiting to hear from and we’re currently talking about a lot of shared experiences that we had, in regards to a relationship. That’s been really healing for me. Aside from that, honestly just summer being around the corner and sunshine coming!

The opener on Build a Problem is a mixture out of a poem and a song. Is writing poetry another creative outlet for you?
I don’t think I could write poetry, if it weren’t musical. Well, that’s not entirely true, maybe if I do it right, maybe I could write very small, tiny lines. But probably tiny lines, that I would pick up in music (laughs). But I would say, that my music is my poetry.

You once said that your biggest musical influence is Emily King, did she also inspire the new record?
She’s certainly one of my musical influences, I’m very inspired by her voice and the way she writes her music, I would love to be able to write like that and sing like that. She puts so much feeling into her voice. I’m also inspired a lot by Laura Marling and the way she sings and writes so darkly, I also really love The Staves and their use of harmony. Those are my influences!

I heard that you’re a big Disney and especially Disneyland fan! Is going to Disneyland like a vacation from the real world for you?
Yes definitely! I think I’m quite cynical in real life, but when I go to Disneyland I let that go. I just let myself be a big child and give myself the day that my inner child really wants (laughs).

And what is your favorite Disney movie?
Uh! I think Princess and the Frog, because the music is so good.

Oh that’s a good choice!
Yes, I love the soundtrack!

What are your plans for this year, after releasing the album?
I mean honestly, I don’t know if I can make any plans. (laughs) I have a lot of physical plans, I really hope that I can play shows and travel again, but I think I just have to settle and be happy and feel grateful that my music is out there. 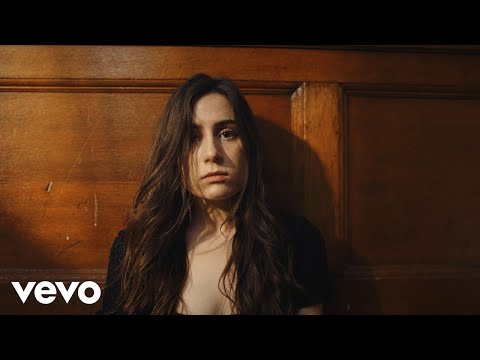