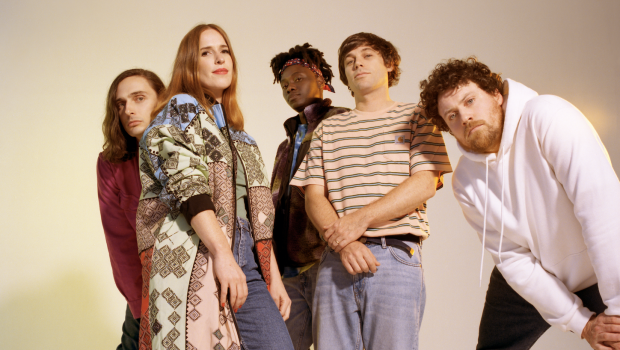 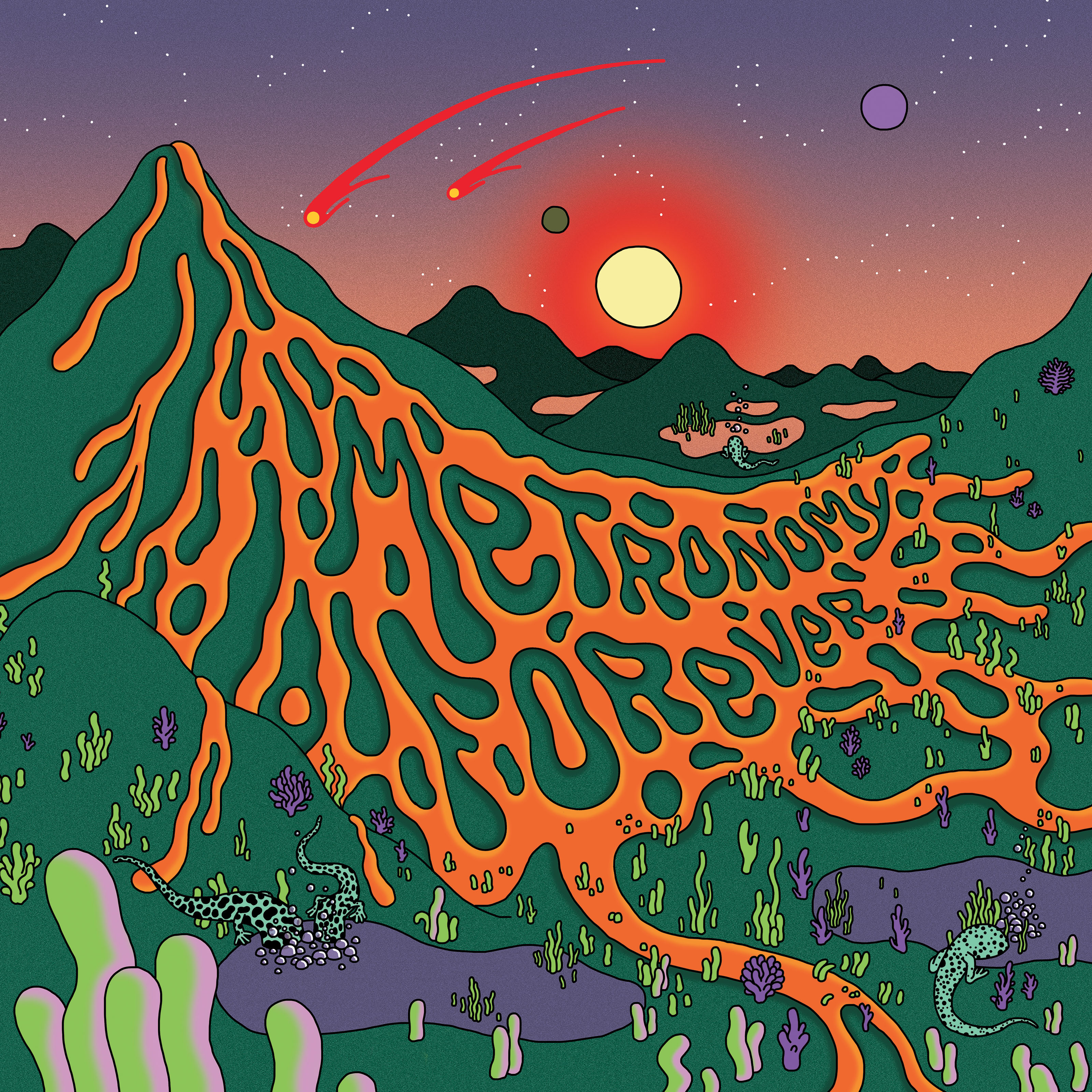 You‘ve released the album Summer 08 three years ago and went away at the same time. No press shots, not much PR, no tour. Did you feel you needed time to get away from the spotlight, the acclaim, the interest?
The purpose of that was that I wanted to release a record without a tour for a change. I just needed a break. I wanted a break from touring because it has turned into an exhausting routine. To me it just felt like the necessary thing. What I didn‘t quite realize at the time was the risk such move can involve. If you stop everything for longer than a year people forget about you. Only very popular musicians don‘t suffer from the effects of a break. Therefore I had to make the next album as soon as possible. But the next album that is now Metronomy Forever didn‘t come together as quickly as it should have done to make it work seamlessly.

What kind of problems did you encounter?
I did have a record ready but a release wasn‘t possible because of business reasons. The woman running the record label in the UK left the company so we had to find someone new. The record label had worked internationally with Warner Music but had to be set up with Caroline Records here. Normally these things are annoying and very mundane but in this case the distraction was helpful. I had the time to sit down and listen to the original album a lot of times and got the feeling that parts of it are not good enough. In the end it‘s been very serendipitous. The record‘s much better after a re-think, the record label is set up better and the band had a brilliant rest too. Every musician is making a living through performing and touring now, as we all know. To make money we need to play again.

You‘re entering maritime territory again, the second track is called Whitsand Bay. According to the information given by the tourist office this coastal village is offering plenty of beaches that are considered to be Cornwalls hidden gems thanks to a lot of stunning sand. Are you going back to the Riviera feeling?
(laughs) In a way, yeah. The thing with six albums is that you have a look at the previous five albums and take something from all of them, The English Riviera was a record that helped me to learn about studio recording for the first time. Love Letters was an exercise learning different ways of recording at Toe Rag Studios in London. For Summer 08 it was important to exercise polished music and getting it mixed in a different way. This record is probably the first one I‘m completely happy with. It‘s more straightforward in terms of its intention.

And Whitsand Bay?
I‘m trying to capture I‘m in a happy relationship with the woman I‘m with for a long time and who I‘ve got children with. If I‘m going to write a song about classic pop music fodder which is relationships I have no current experience beyond being content. But I can‘t write lyrics based on a happy personal feeling. I don‘t know how to come up with something like I Should Be So Lucky by Kylie, to give an example, and make it sound credible in the Metronomy context. Whitsand Bay is a song about remembering the feelings of young relationships. I‘m looking back to times when things weren‘t as smooth for me as they are today.

You mostly went back in time with each record. Pip Paine was about you being an electronic boffin in the Aphex vein, with Love Letters you went back to the 60s and now you‘re in the 90s again. Is that the time of life you feel most comfortable in as a musician?
During the time I wrote the new album I analysed the role of the musician I am nowadays. I tried to work out what music means to me now and what it meant to me when I was a teenager. As a teenager I discovered the band Weezer as this new and exciting thing. It was a musical discovery but a fashion discovery too because of the way they looked in their videos. I was 12 years old back then. For my dad as a 42-year-old is was nothing new. For him Weezer were just another band at the time.

At a certain age music doesn‘t shape your life in the same way it did when you were younger. Is the new album about you coming to terms where you sit in music right now and what your job is in a general sense?
I suppose it stills feels to me like I am making music that can be relevant pop and rock for young people. I‘m 37 years old. But people have got other interests now. They‘re not necessarily into the stuff I liked back in the day. At the same the time I can‘t change myself. I can‘t just get rid of my Weezer leaning. They‘ve become a part of my DNA. Weezer themselves stay true to their influences too judging by the cover album they‘ve released a few months ago. 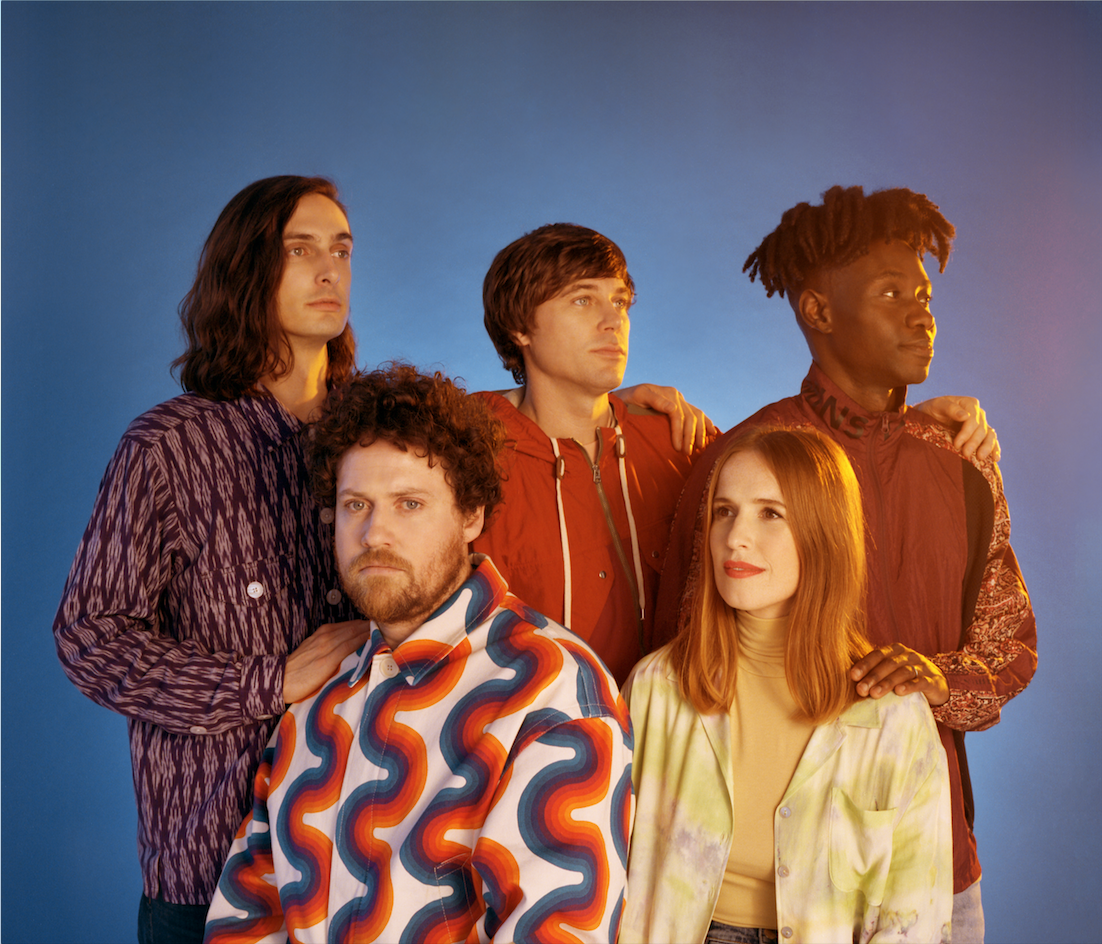 On which you don‘t find a song written by The Cars, funnily enough. Maybe it was too obvious for them. Your new song Wedding Bells is strongly influenced by The Cars though.
It‘s like a recurring theme for me, Corinne on The English Riviera is a very Cars-y track too. I think The Cars are an important band. They started out during the time when everyone was excited about punk and new wave. Devo were cool and arty but The Cars had the hits and have been technically proficient. I mean, just listen to Just What I Needed, Moving In Stereo or Shake It Up – fantastic timeless stuff! When the Weezer debut came out I didn‘t realize who producer Ric Ocasek was. Now it‘s pretty clear to me he got back to the original spirit of The Cars with Weezer. He‘s tried to do other stuff as a solo artist over the years but in the 90s he‘s realized how his pop rock style fits in again with younger bands.

I love The Cars too. They‘re quite quirky, want to pick up women and show it. When I listen to music today I don‘t hear that sentiment anymore. Which brings me to Upset My Girlfriend on the new record. In the lyrics you say: „I used to play drums in a rock‘n‘roll band but they kicked me out.“ Please explain.
I was never kicked out of a band myself but I like the idea of making emo music in adult life. Emo is usually the sound of angsty teenagers. I like the idea of making a song from the perspective of someone who‘s upset by angst and thinks he‘s annoyed his girlfriend so much that she‘s not going to text him back. It‘s a very mundane young boy thing.

I‘m surprised to hear the words grunge and emo in an interview with Metronomy.
It‘s not an emo or grunge album, it‘s a very colourful record. I‘m dealing with the fact that the idea of a perfect cohesive record doesn‘t reflect how people listen to music anymore. I‘m listening to all kinds of stuff on Spotify myself, it‘s always a huge mixture of styles for me. I just wanted to do what I want and have some faith in the fact that it is coming from myself and it‘s all going to reflect genuinely what I‘m trying to do. So as a conceited artist I thought why can‘t I do something more patchworky because there‘s really no argument to not do that. (laughs)

You‘ve also moved house recently. Where to?
We are now in the South East of England in Kent, opposite where I come from in Devon. We were looking for a house that has something special about it. There‘s this view right now that goes on and on and on. The house is in the country. I think we‘re all very happy there. We can find a sense of calm after years of living in Paris. It‘s very good for the boys too. Life in a big city can mean a lot of hassle. And if we want to get some action, we can still go to London, it‘s not far away (laughs).